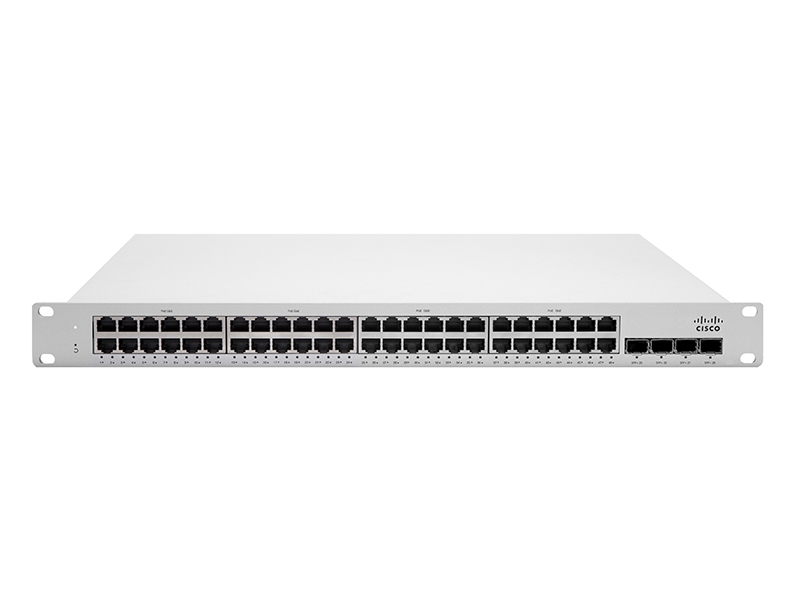 The Meraki MS250-48LP brings an excellent blend of power, performance, and flexibility while maintaining a competitive price.  This Meraki switch can thrive in many different deployment environments, while significantly reducing the amount of time an administrator has to take servicing it.

The MS250-48LP can handle static Layer 2 switching, as well as both static and dynamic Layer 3 routing.  Additional DHCP server and relay functions add to its functionality, making it a superior all-around device with a lot of repurposing potential throughout its lifespan.  For added uptime guarantees, it also supports DHCP failover policies as well as dual redundant user-replaceable power supplies.

Moreover, Meraki requires far less administrative oversight than competing brands.  Their proprietary mesh-networking system is largely self-configuring and self-optimizing, while adding new devices is a plug-and-play process.  The MS250-48LP allows for local stacking of MS250 units, up to 80G, in a purely plug-and-play deployment process.

All configuration and oversight is handled via the Meraki Dashboard GUI, which requires no specific prior networking expertise.  A series of intuitive windows and menus allows oversight of the network at any level, regardless of size.  A large-scale deployment with thousands of ports is only slightly more difficult to manage than a much smaller-scale network.  The Meraki devices themselves handle most of the hard work.

Meraki is changing how businesses network, and Hummingbird Networks is a proud partner.  Contact us today to learn more, or to try out Meraki for yourself - for free.